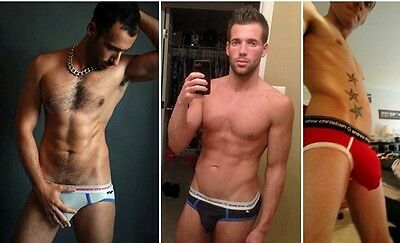 From an early age, boys learn that ‘bigger is better’ – most schoolboys believe their dad has a bigger car or house than their friends’ dads, and they’re not afraid to boast about it, either. It’s no wonder that the obsession with size soon blossoms into something much more personal; by the time they’re in their late teens, and sometimes earlier, young men become curious about just how much they’re ‘packing’ compared to their peers. They surreptitiously compare themselves to their friends in the locker room, or take a sneak peek at the guy in the urinal next to them. It doesn’t take long for the vast majority of men to realise their penis size is completely average – maybe an inch smaller or larger than the statistical average, but otherwise safely within the realm of normality.

But there is one important caveat to this ‘look and compare’ strategy; the size of a flaccid penis (statistically said to average between three and five inches) can vary greatly from the size of an erect one (said to average between five and seven inches). This discrepancy means that a flaccid penis is a poor indicator for its erect size – smaller flaccid penises grow much more than larger ones, meaning that there is ultimately less difference in size between erect penises than there is between flaccid ones. Consequently when a man sees his friend’s penis in the shower or urinal, he’s seeing it in its un-aroused state, and so has no idea how large (or not) that penis is when erect.

This attitude on the part of women is borne out by an internet survey that indicated 85% of women were ‘very satisfied’ with their partners’ size while only 55% of men were happy with their own size. In addition, countless surveys point to a woman’s preference for penis width over length – a thicker appendage is likely to create more friction near the clitoral area, which is pleasurable for many women.

www.sexdolls.com- A wide range of sex dolls for both men and women